HomeVICE MINISTER OF FOREIGN AFFAIRS OF MONGOLIA MR.B.MUNKHJIN RECEIVED AMBASSADOR OF THE REPUBLIC OF SINGAPORE TO MONGOLIA MR.ERIC TEO

VICE MINISTER OF FOREIGN AFFAIRS OF MONGOLIA MR.B.MUNKHJIN RECEIVED AMBASSADOR OF THE REPUBLIC OF SINGAPORE TO MONGOLIA MR.ERIC TEO 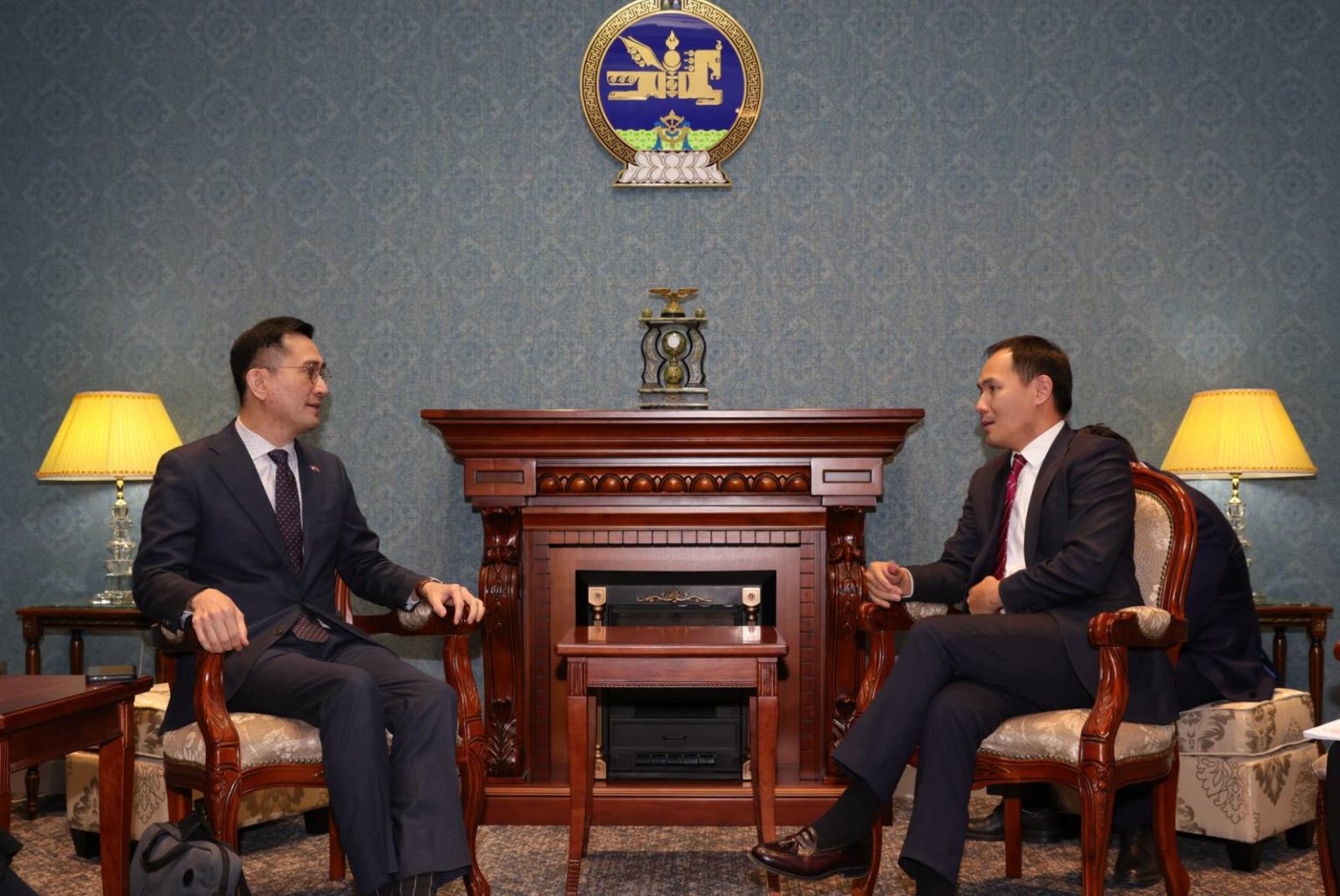 Vice Minister of Foreign Affairs of Mongolia Mr.B.Munkhjin received Mr.Eric Teo, Non-resident Ambassador Extraordinary and Plenipotentiary of the Republic of Singapore to Mongolia on October 25, 2022.

In the beginning of the meeting Vice Minister of Foreign Affairs B.Munkhjin noted that Mongolia attaches great importance to the development of relations and cooperation with South-East Asian countries, particularly with the Republic of Singapore, a leading trade partner of Mongolia in South-East Asia, and emphasized the successful implementation of specific cooperation agreements, which were concluded during the official visit of the Prime Minister of Mongolia Mr.L.Oyun-Erdene to Singapore, earlier this year.

The two sides discussed the expansion of relations in the fields of politics, trade and economy, and close cooperation in international and regional arenas. Especially, the effective cooperation in the fields of Central Provident Fund, public service reform, digital governance, decrease of traffic congestion, improvement of the governance of state-owned enterprises, and strengthening human resources capacity.