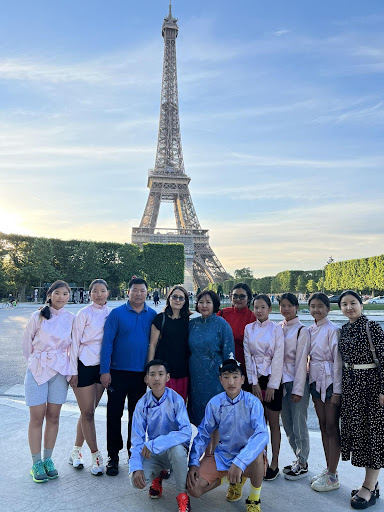 Bulgan soum of Umnugovi province has created a sister city relationship with Auzas city of southern France in the framework of deepening relations and cooperation between local communities both in Mongolia and France.

Emphasizing local community cooperation, the parties has mutually agreed to implement the student exchange programme in 2022, and the students of Bulgan soum of Umnugovi province paid an official visit to the Republic of France from May 23 to June 3, 2022, upon the invitation of the school Salies du Salat to be enrolled in the exchange programme.

Total seven students of 6th, 7th, 8th and 9th grade of Bulgan secondary school took participation in the exchange programme and involved in different social, sport and educational activities, while taking classes together with their French classmates, making local tours, and living in a French host family. At the end of their visit programme, Ms Nyamkhuu Ulambayar, Ambassador Extraordinary and Plenipotentiary of Mongolia to France received the students and the school authorities in Paris and talked the benefits of the exchange programme they had, and opportunities for further cooperation and exchange on receiving French teachers and students next year in Mongolia. The students fully enjoyed in making friends who speak different language and in culture, introducing their own history and culture, sharing their stories and opinions and talking dreams with their peers, and very satisfied with rich exchange programme that enriched their lives and visions. The Ambassador expressed her satisfaction for such successful implementation of the school exchange programme within the development of relations and coopearoin between Mongolia and France, and noted that it was not impossible to realize this project without the kind efforts and contributions of many different stakeholders.