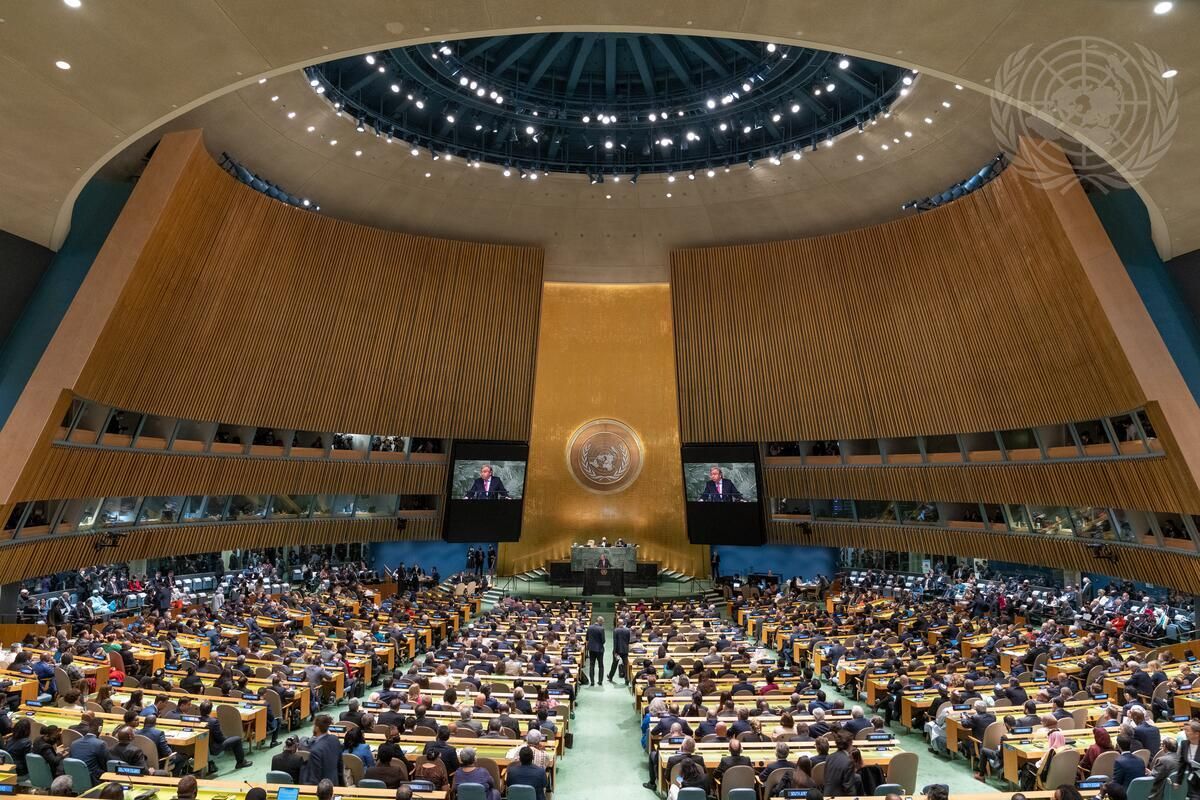 The delegation of Mongolia headed by President Ukhnaa Khurelsukh attended the opening session of the General Debate of the 77th Session of the UN General Assembly held on September 20, 2022.

In his address to the General Assembly, UN Secretary-General António Guterres noted that while people around the world are desperately looking for hope and support, the current geopolitical tensions are undermining the efforts of the international community to find solutions to pressing problems, such as combating climate change, resolving conflicts and achieving the Sustainable Development Goals.

General Assembly President Csaba Kőrösi emphasized in his statement that the international community must find solutions through solidarity, sustainability and science as inequalities reached all-time highs and that, despite all existing agreements and goals, their implementation has not been enough. He also underlined that the General Debate is happening at the most consequential moment of the last four decades.

While the 75th session of the General Assembly was held virtually in 2020 and the 76th session in a mixed format due to the Covid-19 pandemic, this year 82 countries will take part in the session in person at the level of Heads of State and 51 countries at the level of Prime Ministers to present their positions and exchange views on pressing international issues.

The General Debate will continue until September 26, 2022. President Ukhnaa Khurelsukh will address the General Debate on September 21, 2022, with a statement on Mongolia’s foreign policy, its priorities, as well as policies and measures related to social and economic issues, climate change and other current pressing global challenges.