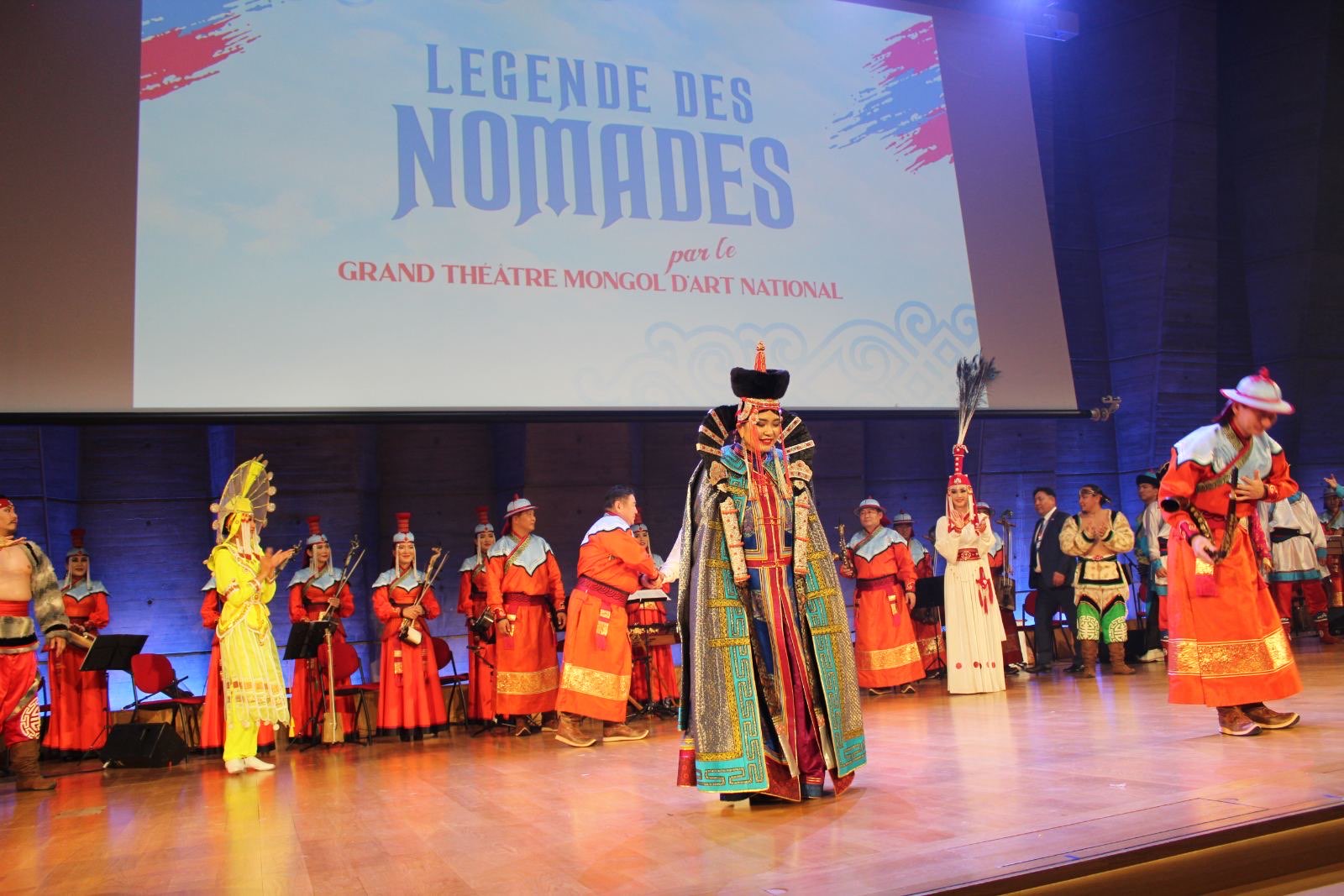 The “Mongolian Cultural Days” co-organized by the Ministry of Foreign Affairs, the Ministry of Culture, the Ministry of Environment and Tourism, the Mongolian Embassy in France and the Permanent Delegation of Mongolia to UNESCO successfully held in Paris, Gannat, Dreux, and Rubrouck of the French Republic between September 20-24, 2022. The “Mongolian Cultural Days” were aimed to promote Mongolia abroad, recovery post-covid economy, and promote tourism have included series of events such as strengthening the parliamentary relations between France and Mongolia, arts, culture, history, education and tourism. During the “Mongolian Cultural Days” in France, “Legend of Nomads” concert of the Mongolian Grand Theatre of National Arts held on September 23 at the UNESCO Headquarters, on the occasionof the 60th anniversary of Mongolia’s accession to UNESCO.

Over 1200 guests including representatives of the French Senate, the National Assembly, the Constitutional Court, the Ministries, local government officials, delegates from foreign Embassies residing in Paris and Mongolian nationals residing in Europe were invited to the concert. During the concert, “My beautiful country” virtual photo exhibition by photographer N.Bat-Erdene was presented to the audience. Meeting of the scholars and students specializing in mongol studies was hosted by the Embassy of Mongolia in Paris,  and discussed the current situation of mongol studies in France. Afterwards the documentary film “In search of the lost hosre” was displayed to the guests. Young painter B.Odonchimeg’s “Life on the steppe” exhibition was launched.

The “Mongolian Cultural Days” in France successfully held to introduce the Mongolian culture, nature, arts and history to the French audience, and have opened new paths for bilateral educational cooperation between Mongolia and France.