HomeMONGOLIA AND URUGUAY CELEBRATE THE 25th ANNIVERSARY OF DIPLOMATIC RELATIONS

MONGOLIA AND URUGUAY CELEBRATE THE 25th ANNIVERSARY OF DIPLOMATIC RELATIONS 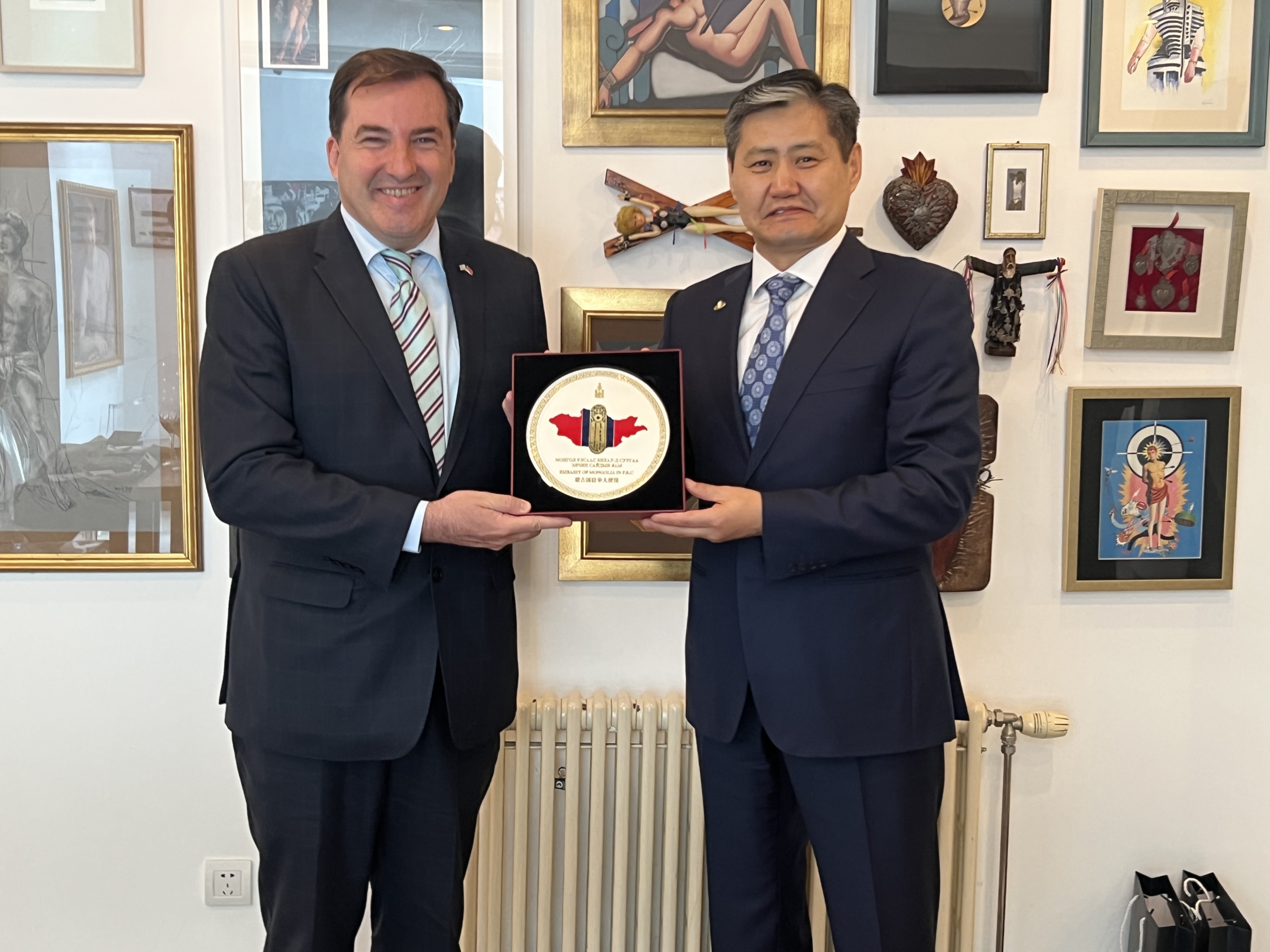 H.E. Mr. T. Badral, Ambassador of Mongolia to the People’s Republic of China, attended a lunch hosted by H.E Mr. Fernando Lugris, non-resident Ambassador of the Oriental Republic of Uruguay to Mongolia, on the occasion of the 25th anniversary of the establishment of diplomatic relations between Mongolia and Uruguay on June 7, 2022. During the meeting, Ambassadors exchanged views on planned activities within the commemoration of the anniversary of diplomatic ties and expanding bilateral cooperation in agriculture, education, culture, and sports.

Mongolia and the Oriental Republic of Uruguay established diplomatic relations on October 7, 1997.