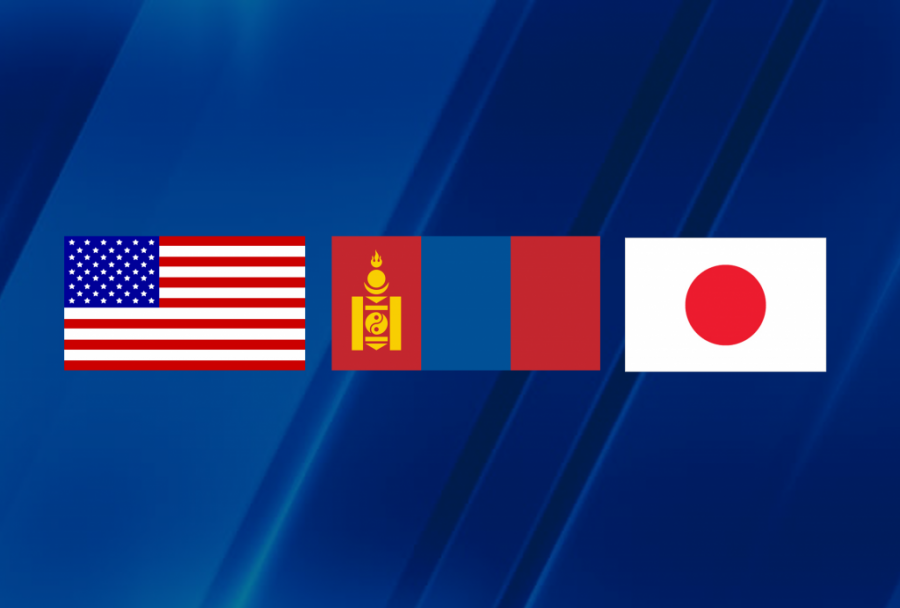 The text of the following statement was released by the Governments of Japan, Mongolia, and the United States on the occasion of their 2022 trilateral meeting.

In pursuit of their joint interests and shared values, Japan, Mongolia, and the United States held a trilateral meeting on October 28, 2022, in Tokyo.  The three sides discussed a wide range of regional security challenges, economic issues, and areas for cooperation. The three sides reaffirmed their commitment to strong ties with each other, and dedication to their visions for a free and open Indo-Pacific.  Japan and the United States expressed their support for Mongolia’s democracy and Third Neighbor policy.

Japan, Mongolia, and the United States emphasized the importance of international law, including the United Nations Charter and the principles of sovereign equality, respect for the independence and territorial integrity of states, and prohibition of the threat or use of force.  To this end, the three sides expressed concern over suffering of the Ukrainian people.  The three sides also expressed deep concern about the risk of nuclear weapons use and the deteriorated international security environment, and also called on all states to affirm that a nuclear war cannot be won and must never be fought.

Japan, Mongolia and the United States expressed their respective views regarding the Democratic People’s Republic of Korea’s (DPRK) continued development of nuclear weapons and their means of delivery, including the unprecedented number of ballistic missiles launched in 2022.  All sides underlined the necessity of resuming dialogue, and called on the DPRK to fully comply with its obligations under relevant UN Security  Council Resolutions and to engage in dialogue. All sides also emphasized the importance of the international community fully implementing relevant UN Security Council Resolutions. Japan emphasized the need for an immediate resolution of the abductions issue and thanked the United States and Mongolia for their continued support on this issue.

The three sides reaffirmed their shared commitment to maintaining the rules-based international order, including the principles and the purposes of the United Nations Charter.  All sides strongly opposed attempts by any party to unilaterally change the status quo by force or coercion in any region, and they emphasized the importance of resolving disputes by peaceful means.

Japan, Mongolia, and the United States shared their respective visions for regional development, including in the Indo-Pacific, and exchanged views on how to cooperate to ensure a prosperous and peaceful future.  All sides concurred to work together to promote the rule of law, peaceful resolution of disputes, human rights, environmental protection, and economic development.  Japan and the United States expressed their appreciation for Mongolia’s contributions to UN peacekeeping operations and continued stability operations in conflict zones worldwide.  All sides expressed an intention to continue defense cooperation and joint training exercises.

Japan, Mongolia, and the United States discussed economic challenges the international community is facing as a result of regional and global shocks.  All sides emphasized the importance of strengthening the international economic order to counter new challenges, such as economic coercion.  All sides underscored their desire to deepen their economic partnership, including through enhanced collaboration on renewable energy, climate change, supply chain resilience, critical minerals, intellectual property rights, and digital development.  They discussed the importance of improving Mongolia’s business climate and ability to attract investment, particularly from Japan and the United States.  Japan and the United States discussed their development projects in Mongolia and ways to enhance the mutual complementarity of such projects and their impact on furthering Mongolia’s economic development.  In particular, Mongolia and the United States briefed Japan on their joint $462 million Millennium Challenge Corporation Water Compact, which will expand Ulaanbaatar’s water availability by 80 percent.  Mongolia expressed appreciation for Japan’s enduring Official Development Assistance (ODA) projects.  Japan and Mongolia highlighted their recent cooperation on Chinggis Khaan International Airport, constructed using Japanese ODA and operated by a Mongolia-Japan joint company, to increase the regional connectivity of Mongolia and realize the vision of a free and open Indo-Pacific.