HomeHIS EXCELLENCY MR. JANABAZAR TUVDENDORJ PRESENTS HIS LETTERS OF CREDENCE TO THE PRESIDENT OF ICELAND

HIS EXCELLENCY MR. JANABAZAR TUVDENDORJ PRESENTS HIS LETTERS OF CREDENCE TO THE PRESIDENT OF ICELAND 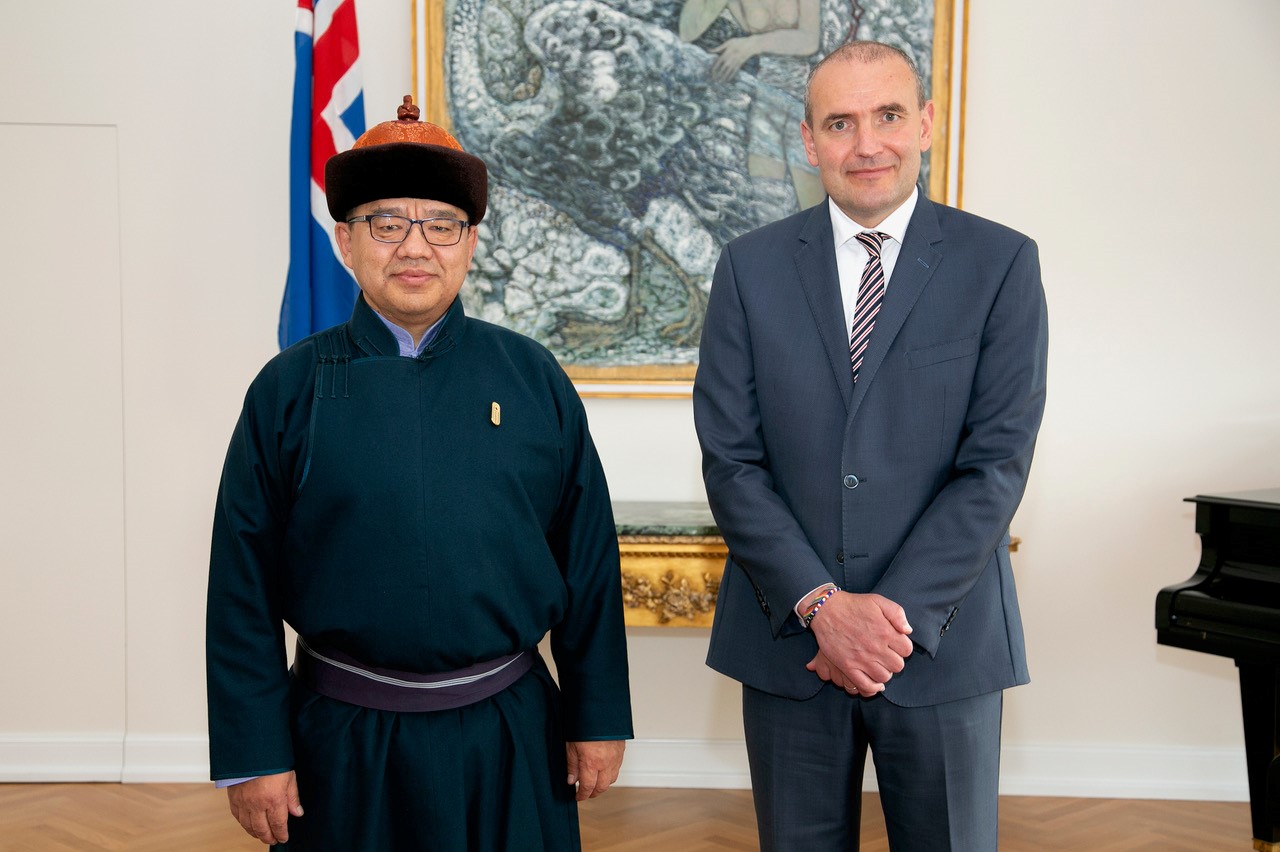 During the audience with the President Guðni Thorlacius Jóhannesson, Ambassador T.Janabazar conveyed the greetings of His Excellency Mr. Khurelsukh Ukhnaa, President of Mongolia and exchanged views on further progressing of the bilateral cooperation.

During meetings, Ambassador T. Janabazar stressed that the relations between Mongolia and Iceland have been successfully developing based on our shared values of democracy, human rights, and freedom, and discussed possibilities of further enhancing bilateral cooperation, namely in areas of geothermal energy utilization, environment, green technology, education, science and research.

Both sides agreed to jointly commemorate the 50th anniversary of diplomatic relations between Mongolia and Iceland in 2024, to hold Political consultations between the Ministries of Foreign Affairs and to launch negotiations on visa facilitation agreements.

While noting that the training programs through the Land Restoration Training Programme of the GRÓ International Centre for Capacity Development, Sustainable use of Natural Resources and Societal Change gives an important contribution in building human resource capacities in Mongolia, Ambassador T.Janabazar expressed his appreciation for further cooperation in re-training employees of related institutions, universities and research institutes of Mongolia in in the fields of geothermal energy, gender equality and fisheries.

During his visit, Ambassador T. Janabazar met with Mongolian citizens living in Iceland.