DISCUSSIONS WERE HELD ABOUT WAYS TO IMPROVE MONGOLIA-ANDORRAN COOPERATION 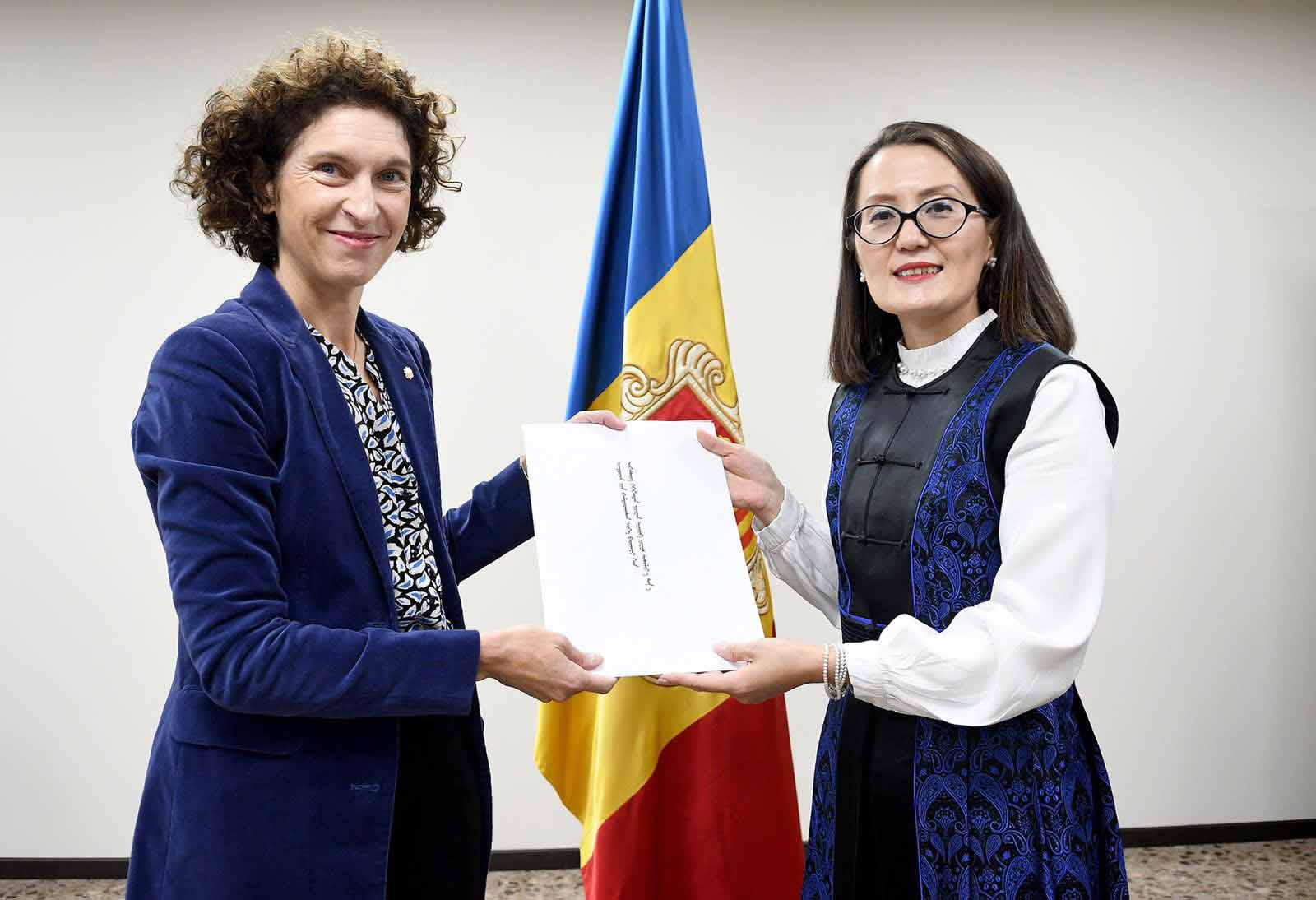 In connection with her presentation of Credentials, Ambassador Nyamkhuu Ulambayar was received by Minister of Foreign Affairs of Andorra Maria Ubach Font on October 27, 2022 to discuss development of bilateral cooperation in the fields of tourism, agriculture, renewable energy, fight against climate change, and environmental protection through exchange of expertise and best practices, as well as in the international organizations framework, namely through the celebration of the International Year of Rangelands and Pastoralists in 2026, announced by the UN General Assembly resolution, which was initiated by Mongolia.

Conveying her greetings and thanks to the Foreign Minister of Mongolia, H.E.Ms. Minister Maria Ubach Font expressed her full support for the broadening of bilateral relations between the two countries and presented some opportunities of multilateral cooperation such as the possibility of Mongolia to join the UN voluntary alliance of the Mountain Partnership.

Furthermore, Ambassador U.Nyamkhuu had meetings with the high officials from the Ministry of Tourism, the Ministry of Agriculture and Sustainable Development as well as from the Business Andorra, in which introductions of political and socio-economic situations of the two countries were made respectively and both sides exchanged their views on existing potentials for further broadening of the current bilateral cooperation between Mongolia and Andorra.