HomeDEPUTY FOREIGN MINISTER MEETS WITH THE U.S. AMBASSADOR-DESIGNATE TO MONGOLIA

DEPUTY FOREIGN MINISTER MEETS WITH THE U.S. AMBASSADOR-DESIGNATE TO MONGOLIA 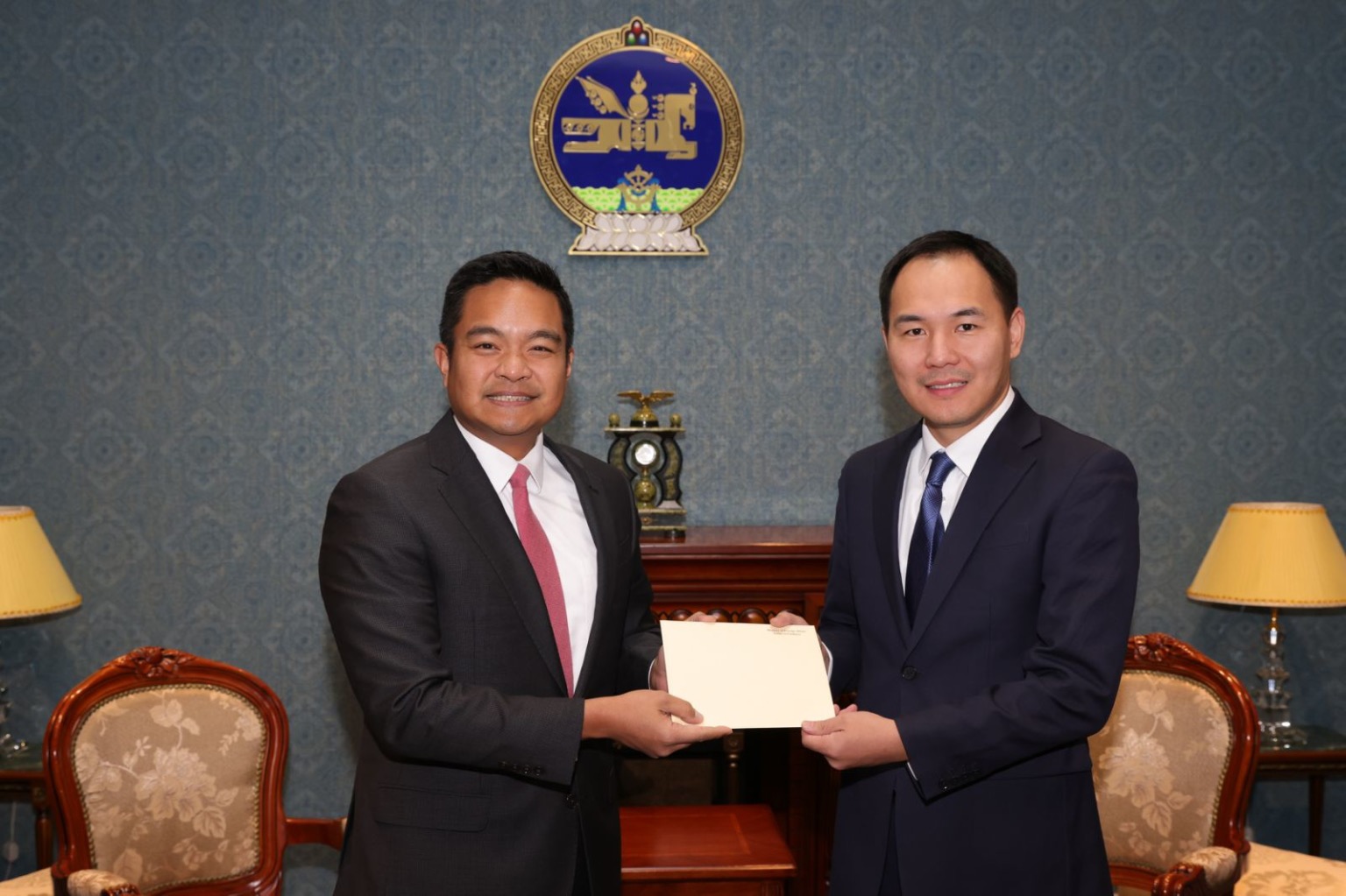 Mr. Munkhjin Batsumber, Deputy Minister of Foreign Affairs, met with U.S. Ambassador-Designate to Mongolia Mr. Richard L. Buangan on October 26, 2022. During the meeting, Ambassador R. Buangan having noted that he is pleased to be appointed as the United States Ambassador to Mongolia, presented a copy of his Letter of Credence to the Deputy Foreign Minister.

Ambassador R. Buangan underlined that the United States is proud to be Mongolia’s important third neighbor and expressed his commitment to further expand and strengthen the Strategic partnership between the two countries.