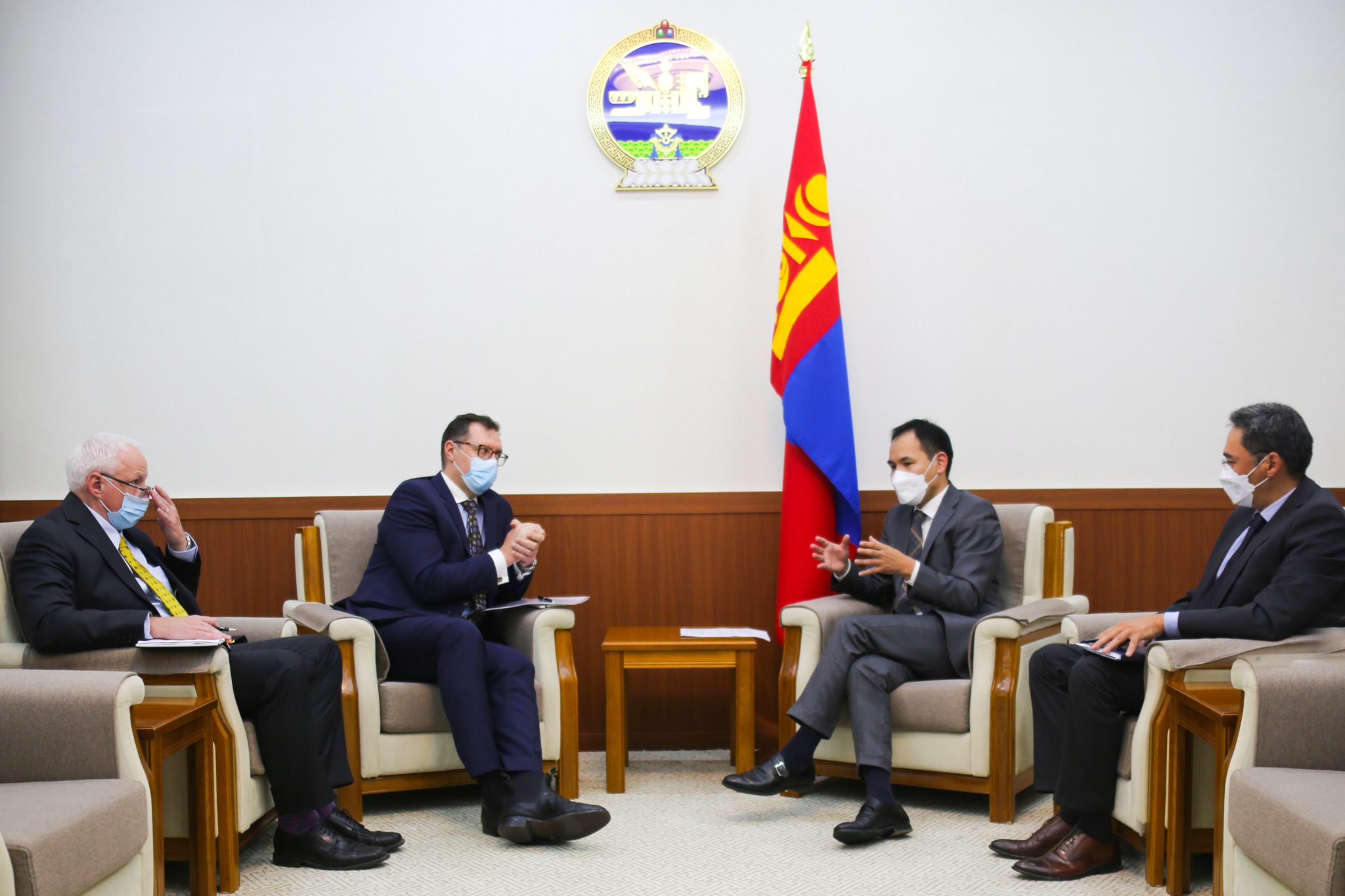 During the meeting, the two sides discussed current state of bilateral relations between the two countries, and exchanged views on further consolidation of cooperation between Mongolia and Australia. Having expressed appreciation to Ambassador D.Vosen for his valuable efforts in promoting relations between Mongolia and Australia, Deputy Foreign Minister B.Munkhjin wished success to his future endeavors.