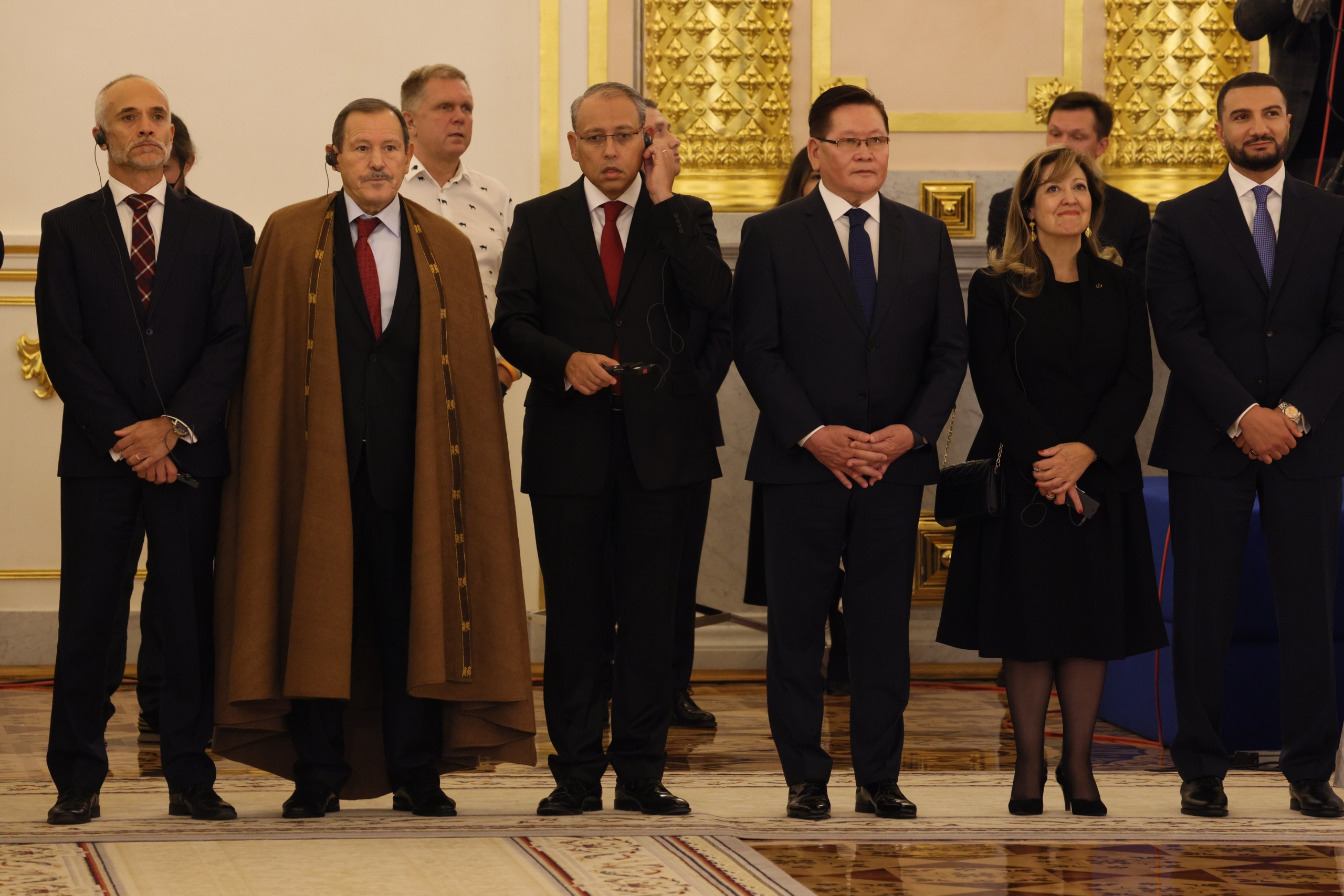 During the credentials ceremony President Vladimir Putin emphasized the following: “Recently, a long-established Tripartite Meeting of the Heads of State of Russia, Mongolia and China was held in Samarkand within the framework of the meeting of the Council of Heads of State of the Shanghai Cooperation Organization. Such meetings are very important not only for the reasons of the geographical location of our countries, but also for the implementation of large joint projects, including projects in the transport and energy sectors. Russia and Mongolia are actively developing traditional bilateral ties. It has been 101 years since the official establishment of the diplomatic relations between the two countries. We have agreed to expand the economic cooperation between Russia and Mongolia in several areas during the meeting with the Prime Minister of Mongolia L.Oyun-Erdene, who in early September had participated in the Eastern Economic Forum.”

On this day, along with the Ambassador of Mongolia Ambassadors Extraordinary and Plenipotentiary from 24 countries presented their Letters of credence to the President of the Russian Federation.