HomeAMBASSADOR OF SLOVENIA PRESENTS THE COPY OF LETTER OF CREDENCE

AMBASSADOR OF SLOVENIA PRESENTS THE COPY OF LETTER OF CREDENCE 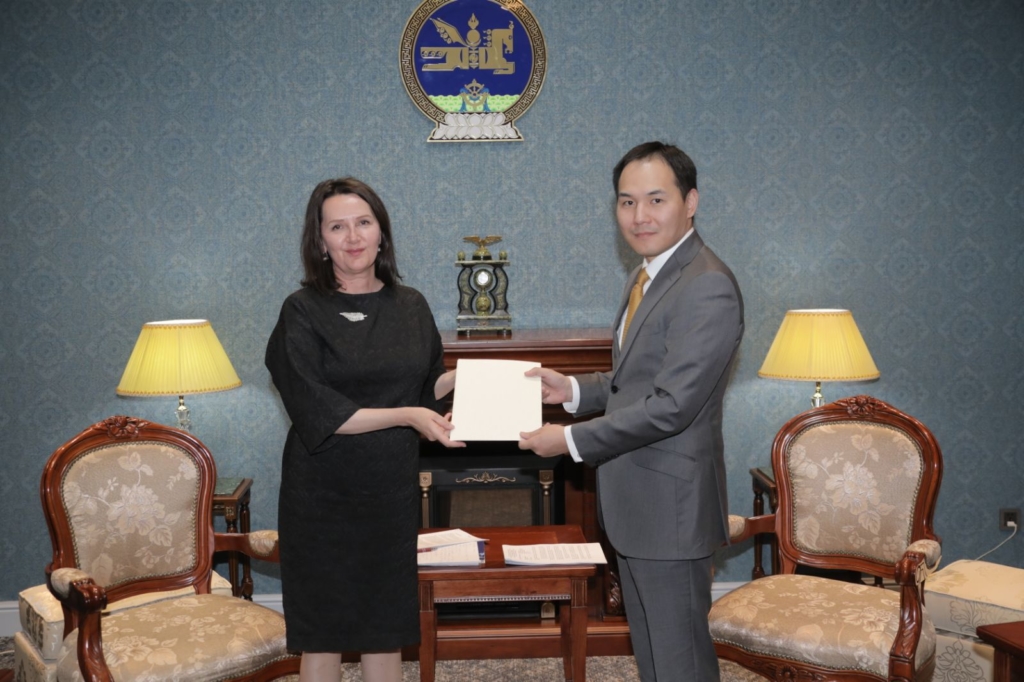 April 25, 2022, Ulaanbaatar, Mr. Munkhjin Batsumber, Deputy Minister of Foreign Affairs, welcomed H.E. Ms. Alenka Suhadolnik, Ambassador Extraordinary and Plenipotentiary of the Republic of Slovenia to Mongolia and received the Copy of her Letter of Credence.

Deputy Minister of Foreign Affairs Mr. Munkhjin Batsumber welcomed that the Agreement between the Government of Mongolia and the Government of the Republic of Slovenia on International Transport of Passengers and Goods by Road entered into force. He expressed his hope that Mongolia and Slovenia will further develop fruitful cooperation and expand the bilateral relations in the light of the 30th anniversary of the establishment of diplomatic relations, which will be commemorated in 2023.

Ambassador Alenka Sukhadolnik served at the Slovenian diplomatic missions in London, New York and Israel. She was appointed as the Ambassador of the Republic of Slovenia to the People’s Republic of China and the Non-resident Ambassador to Mongolia in 2019. Prior to her appointment she served at the Ministry of Foreign Affairs of Slovenia as the Director General of the Directorate for Economic and Public Diplomacy.