HomeAMBASSADOR OF BELGIUM PRESENTS THE COPY OF LETTER OF CREDENCE

AMBASSADOR OF BELGIUM PRESENTS THE COPY OF LETTER OF CREDENCE 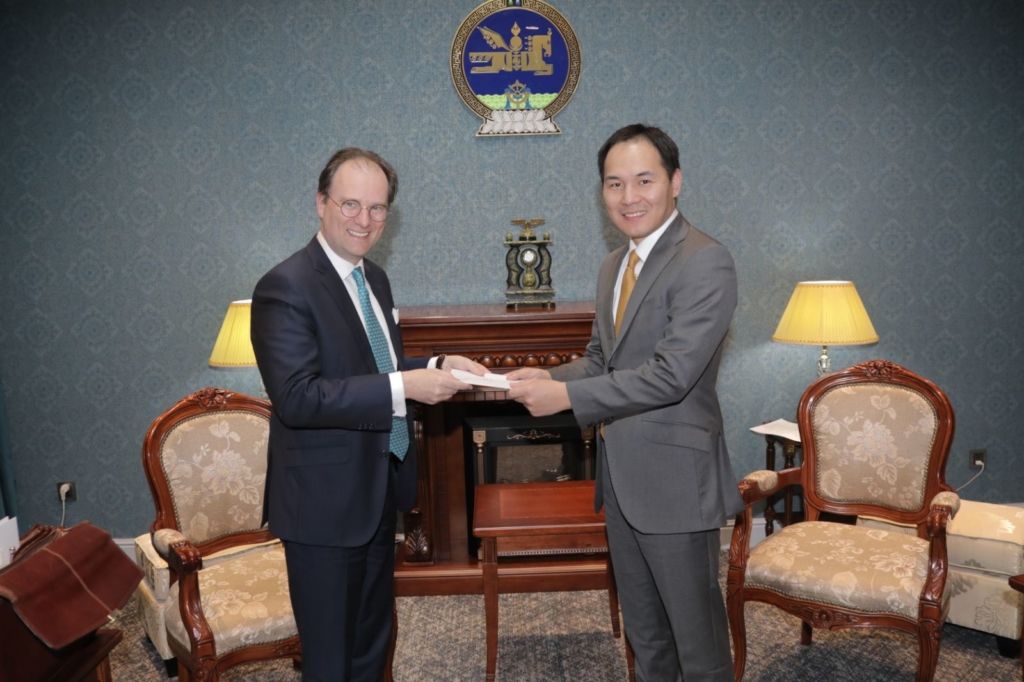 April 25, 2022, Ulaanbaatar, Mr. Munkhjin Batsumber, Deputy Minister of Foreign Affairs, welcomed H.E. Mr. Jan Hoogmartens, Ambassador Extraordinary and Plenipotentiary of the Kingdom of Belgium to Mongolia and received the Copy of his Letter of Credence.

Deputy Minister of Foreign Affairs Mr. Munkhjin Batsumber welcomed the successful implementation of the joint projects “Establishment of Diagnostics and treatment centers in Eastern and Western regions of Mongolia”. He further expressed his commitment to strengthen bilateral relations between Mongolia and Belgium, to boost trade cooperation and to intensify the cooperation in health sector.

Ambassador Jan Hoogmartens served at the Belgian diplomatic missions in European Union and London. He was appointed as the Ambassador of the Republic of Slovenia to the People’s Republic of China and the Non-resident Ambassador to Mongolia in 2020. Prior to his appointment he served as the advisor to the Deputy Prime Minister of the Kingdom of Belgium.