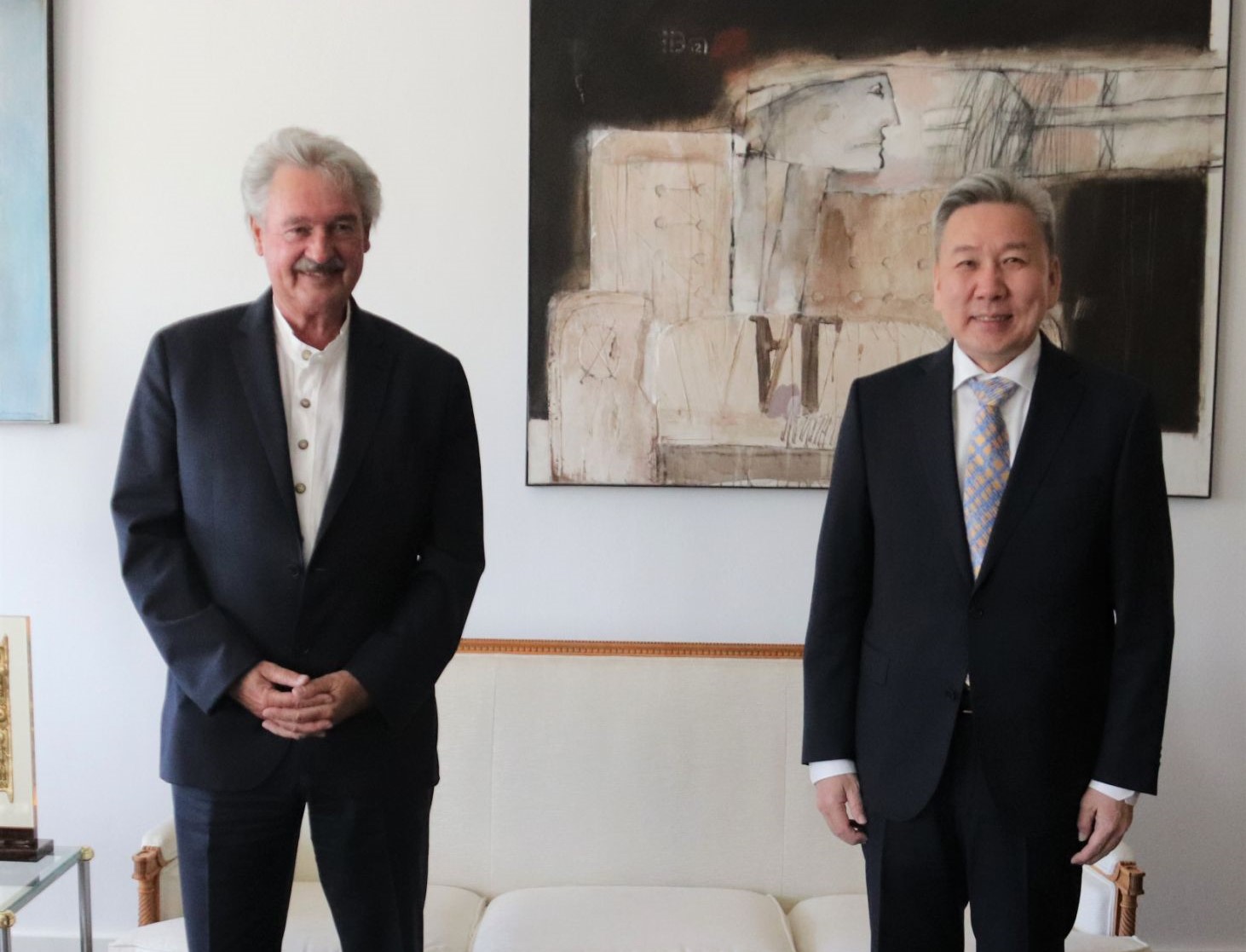 On 28 April 2022, Mr. Bold Luvsanvandan, Ambassador Extraordinary and Plenipotentiary of Mongolia to the Grand Duchy of Luxembourg, called on H.E. Mr. Jean Asselborn, Minister of Foreign and European Affairs of and exchanged views on bilateral relations and cooperation.

Ambassador Bold Luvsanvandan expressed his satisfaction with the strengthening of the friendly relations between the two countries. He emphasized tangible contribution of two decades-long assistance project on cardiovascular health rendered by the Government of Luxembourg to Mongolia’s health sector.

Foreign Minister Jean Asselborn congratulated Ambassador Luvsanvandan Bold on presenting his Letter of Credence and officially assuming his duties as the Ambassador of Mongolia, and expressed his commitment to supporting Ambassador’s efforts for further expanding the bilateral relations between Mongolia and Luxembourg.