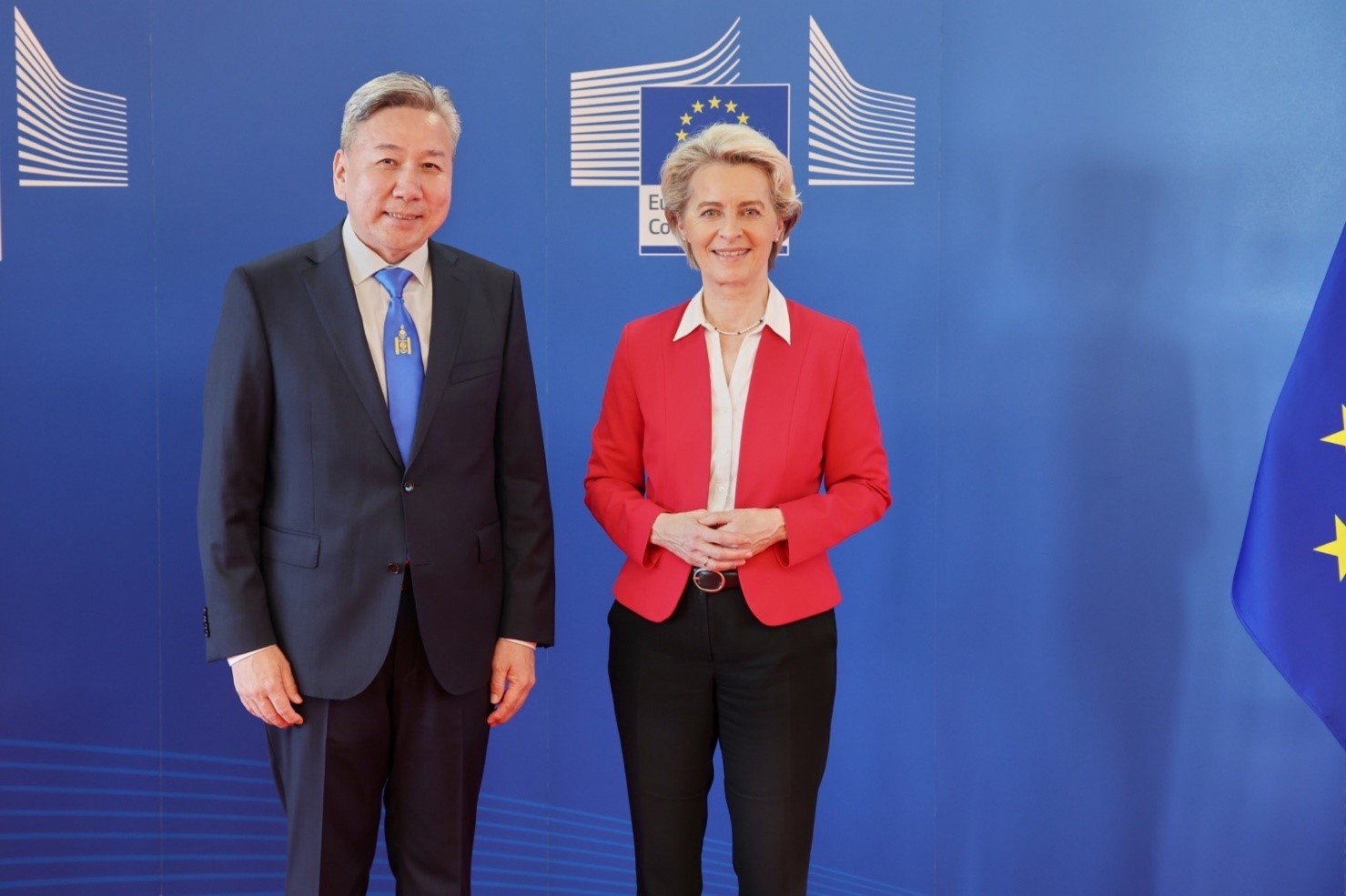 Ambassador Bold Luvsanvandan conveyed greetings of H.E. Mr. Khurelsukh Ukhnaa, President of Mongolia, to H.E. Ms. Ursula von der Leyen and emphasized that the European Union is Mongolia’s important “third neighbour” and expressed his commitment to strengthen and expand the bilateral relations within the Partnership and Cooperation Agreement between Mongolia and the European Union.

H.E. Ms. Ursula von der Leyen, President of the European Commission, congratulated the Ambassador on his appointment and expressed her confidence that he will make a substantial contribution to the further development of the bilateral relations and cooperation between Mongolia and the European Union.