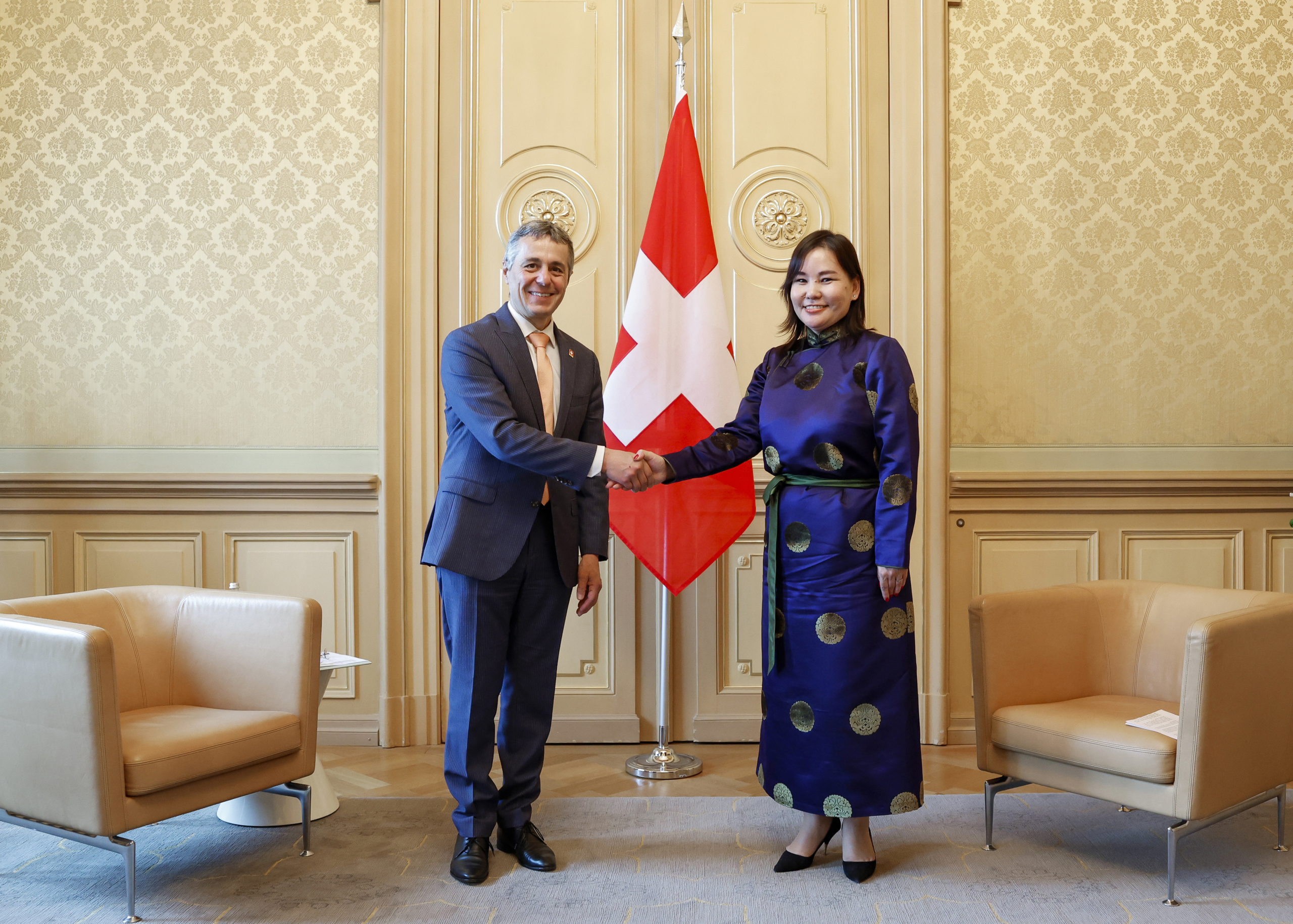 After the ceremony, President Cassis congratulated Ambassador D.Gerelmaa on her appointment and wished her success in her future endeavors.

Ambassador D.Gerelmaa conveyed the greetings of the President of Mongolia U.Khurelsukh to President Cassis and congratulated Switzerland on its election as a non-permanent member of the UN Security Council for the period of 2023-2024. Ambassador reaffirmed her commitment to expand Mongolia-Swiss relations in the areas of mutual interest.

The parties noted that the projects and programs effectively implemented in Mongolia through the Swiss Development Cooperation have brought a significant contribution to the socio-economic development of the country.