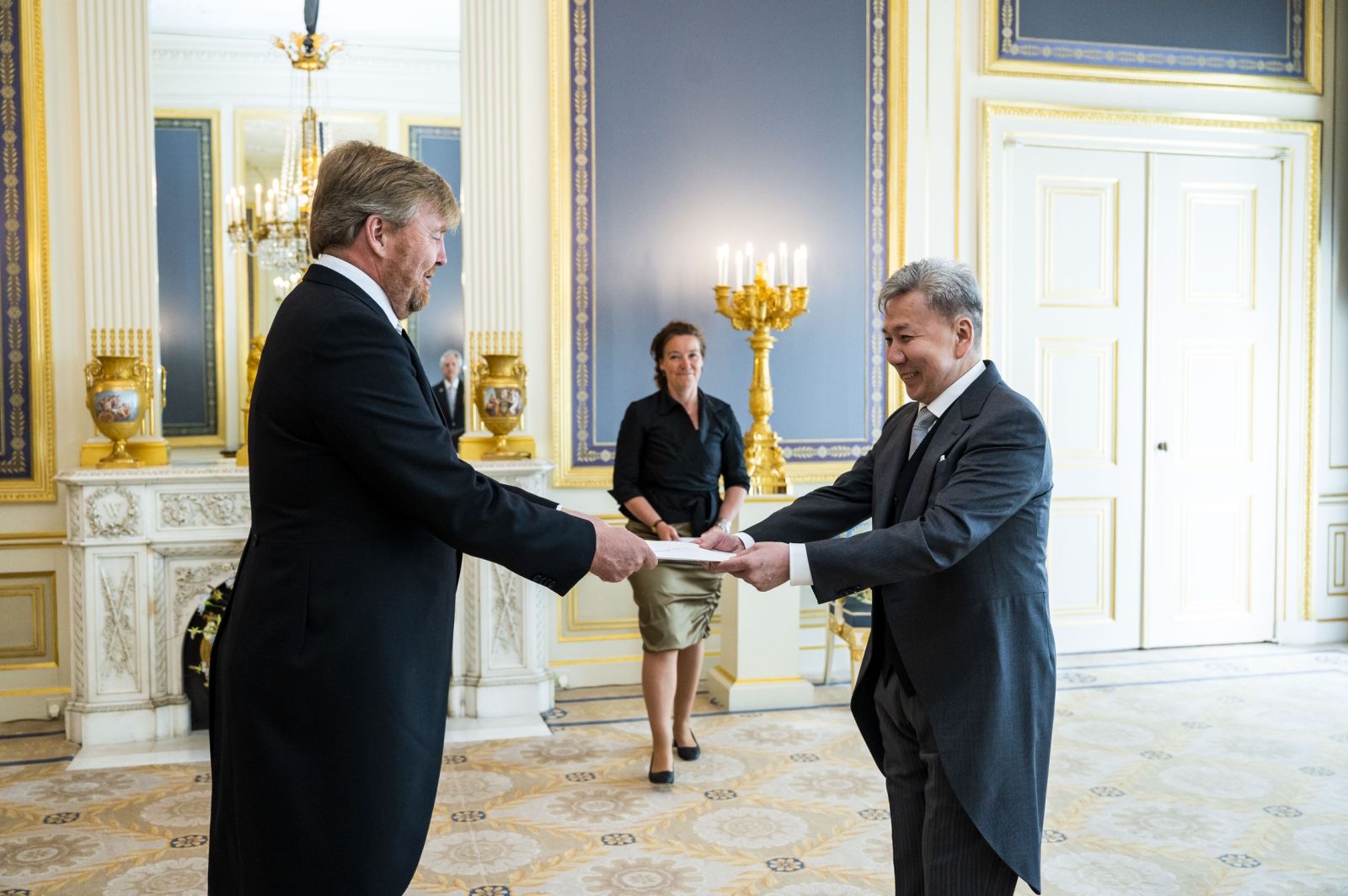 On 11 Мау 2022, His Excellency Mr. Bold Luvsanvandan, Ambassador Extraordinary and Plenipotentiary of Mongolia to the Kingdom of the Netherlands, presented his Letters of Credence to His Majesty the King Willem-Alexander of the Netherlands.

Ambassador Bold conveyed the greetings of His Excellency Mr. Khurelsukh Ukhnaa, President of Mongolia, and expressed his commitment to further strengthening the friendly relations and cooperation between Mongolia and the Netherlands.