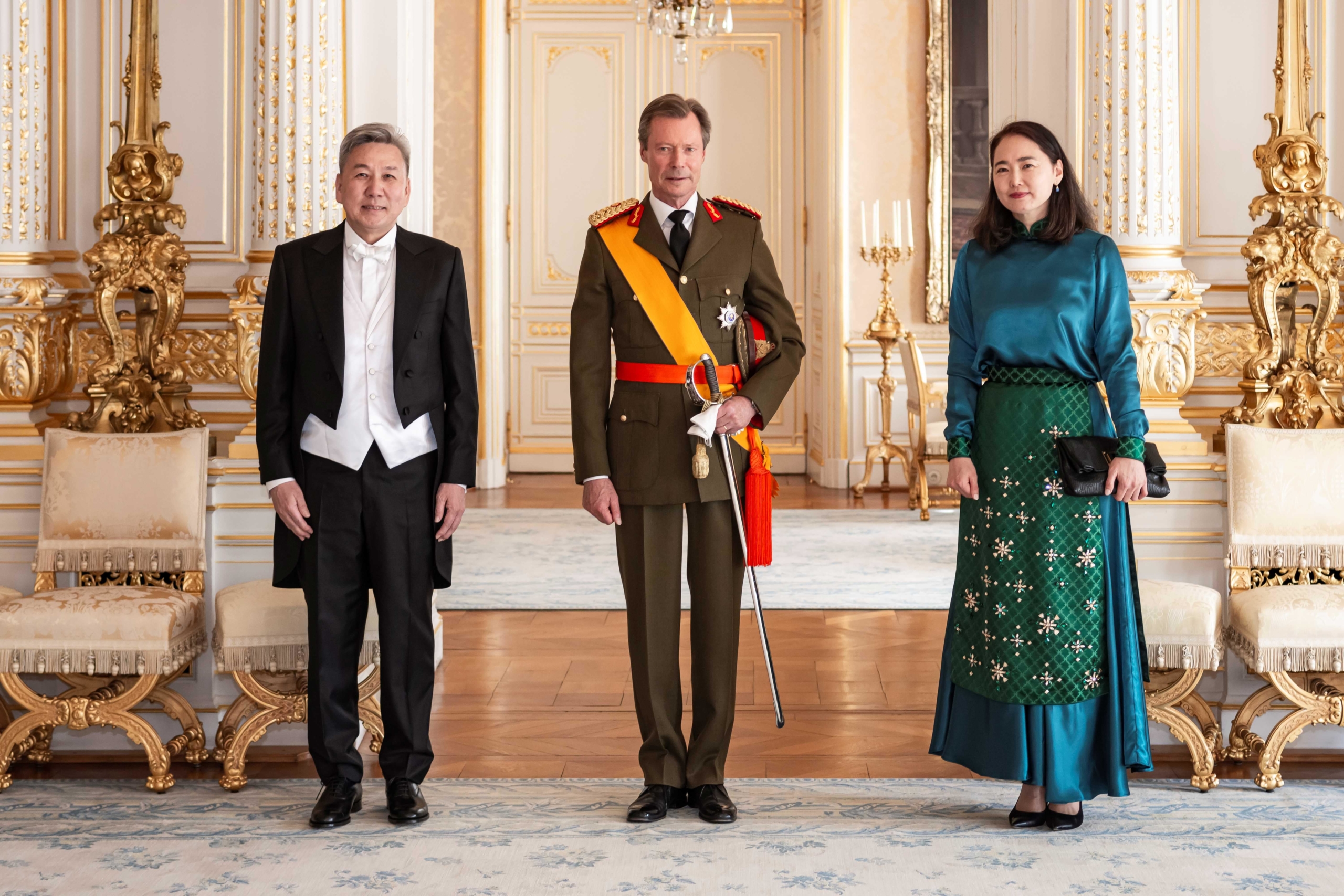 On 27 April 2022, Mr. Bold Luvsanvandan, Ambassador Extraordinary and Plenipotentiary of Mongolia to the Grand Duchy of Luxembourg presented his Letter of Credence to His Royal Highness Grand Duke Henri of Luxembourg.

Ambassador Bold Luvsanvandan conveyed the greetings of His Excellency Mr. Khurelsukh Ukhnaa, the President of Mongolia, and emphasized his commitment to enhance the friendly relations and cooperation between Mongolia and Luxembourg.